I Learned A Life Lesson In The Six Flags Bathroom

This was the first year we bought season passes to an amusement park. Six Flags, St Louis is 10 miles from our house, so it’s worth it. We’ve been three times…never stayed longer than three hours…ridden 96 rides…still have two more months of summer…oh yeah, we got the deal with free parking.

And then there was the life lesson I learned in the Six Flags bathroom. 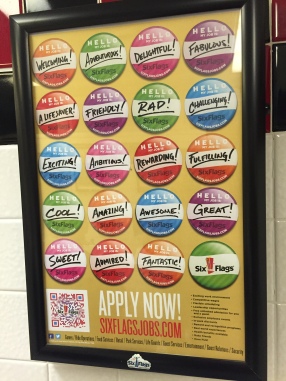 It was right above the urinal…one of those captive audience advertisements. At bars and restaurants it’s the local DUI lawyer trying to drum up business…but, at Six Flags it’s a life lesson. In bright stunning colors was a picture of 20 “Hello my name is ____” stickers. The _____ was filled in with words like “Ambitious!”, “Exciting!”, “Challenging!”, “Admired!”. They were all amazing, descriptive words of what Six Flags believes their employees experience while working at the park. They believe their employees will not only have that image of the company, but guests will come away from the park using those words to describe their employees.Who wouldn’t want to work in a place like that? Apply today!

Any company that uses those words to describe itself has set the bar high and will get the results. If your company isn’t willing to set that bar…maybe you should be the one who does. I’m willing to bet that anyone who becomes the embodiment of those words will stand out…no matter what kind of company they work for.

There are lots of bathroom advertisements…they’re seen, they’re read and they’re  forgotten. But, the one that is…”adventurous, delightful, fabulous, friendly, rad, challenging, ambitious, rewarding, fulfilling, amazing, awesome, great, admired, and fantastic”…stands out, makes an impression and can’t be forgotten. In my life, I want to be identified by that bathroom sign.

There are thousands of philosophies on how to live a good life…I’ve put God first, but now, right behind Him is a Six Flags bathroom sign.

Yep, that’s a full bucket of water in my lap…what could go wrong? 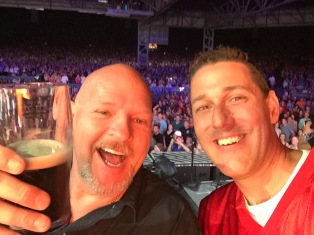 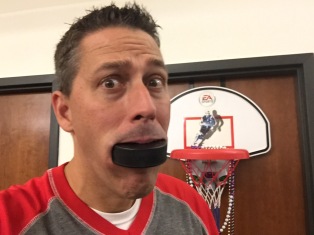 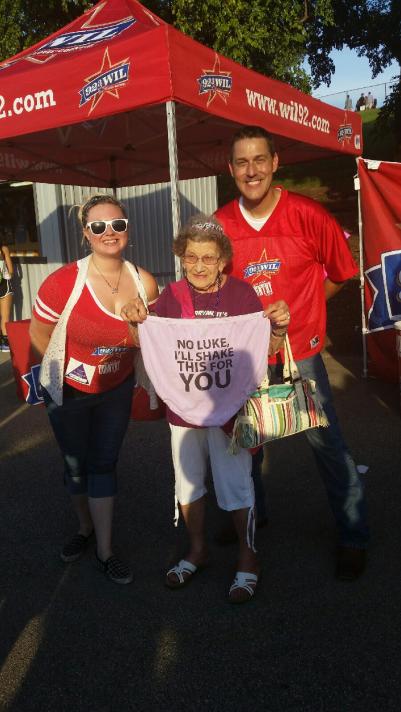 Someone has a crush on Luke Bryan

Because everyone needs a shot with ketchup and mustard 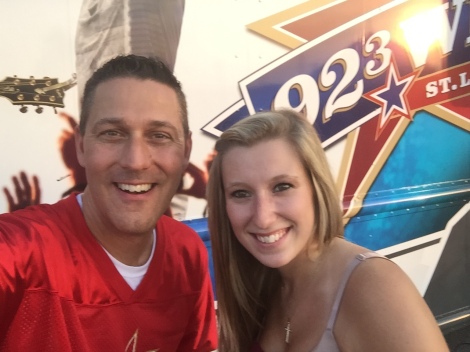 Can I have a pic with you? 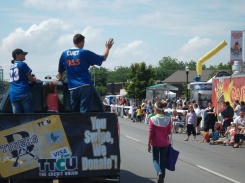 Football Friday with the cheerleaders

That’s a lot of toys collected

I’m trying out for cheer